Blackfield Band has gradually evolved over the years since its establishment. The band has seen immense success with the continued collaboration and determination of the artists behind it. Blackfield is a music project operated by Steven Wilson, Porcupine Tree, and Aviv Geffen, based majorly on collaborative music. The band has so far released five albums. Before learning intensively about this amazing band, there is a need to unravel more about its transformation since its establishment up to date.

In the year 2000, Porcupine Tree and Wilson were invited to play shows in Israel by one of their fans named Geffen. During their trip in Israel, Wilson, one of the band members, became friends with Geffen after which they settled on a deal to record together. Geffen specialized on performing backing vocals on Porcupine Tree’s two tracks In Absentia album; “Prodigal” and “The Sound of Muzak.” Geffen developed an interest in expanding a fan base outside Israel, and this prompted him to approach Wilson about starting their project, Blackfield. Despite its anticipated Extended Play for a 2001 release, the project finally developed into a 2004 full-length recording. 2004 was a prosperous year for the band as it incepted live on a couple of TV performances in Israel. Blackfield’s first self-titled album was released in Europe and Israel in 2004 and in the US in 2005.

All through the end of 2005, Geffen and Wilson worked on their separate projects. However, in early 2006, Wilson travelled to Israel for a period of six months to work on the Blackfield II album. He performed co-vocals and lead on almost every track except “Miss U” which was vocalized by Geffen. This led to the release of the Blackfield II album in March 2007 in the US and in February 2007 in Europe. The band also managed to record a live DVD/CD combo, Blackfield-Live in New York City, in March 2007.

In January 2009, Geffen visited Europe together with his Blackfield band on a promotional tour for his first English-Language European release. The set songs in this tour comprised of selected Blackfield songs and songs from Geffen’s first English language solo album. In April 2010, Wilson and Geffen started writing a follow-up to the Blackfield II into the studio. Geffen wrote all the songs, except “Waving.” They later released their third album titled; Welcome to my DNA, on 28 March 2011 which was shored up by a North American and European tour after a kickoff concert held in Israel. 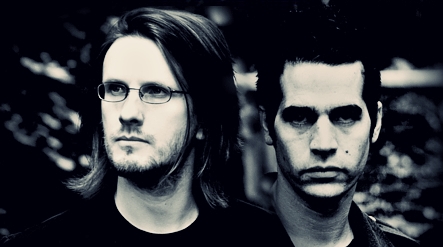 Following the completion of the “Welcome to my DNA tour,” Wilson affirmed that he was not seeing a future with Blackfield even though their project wasn’t over either. Nonetheless, in January 2012, Geffen declared his plans to release Blackfield’s fourth album by May 2012. This stimulated Wilson to declare that his role would lessen with time. He resolved to the role of a mixer and a contributor. Wilson later confessed that he wanted Wilson to take control of the project as he wanted to give his solo and Porcupine Tree his best.

Despite Wilson’s plans to quit Blackfied, he was still being held back by the guilt of letting Geffen down. On 14th June, Geffen declared that he was almost through mixing the fourth album with Wilson. On 25th February 2013, Wilson managed to release his third solo album titled; “The Raven That Refused to Sing.” It was on 9th June 2013 when it was declared that Blackfield IV would be released on 26th August 2013. Despite his presence in all the tours, Wilson declared his intentions to quit Blackfield Band citing his tight schedules.

In January 2015, it was declared that Alan Parsons and Geffen were working together and recording a future album for Blackfield. All this time, Wilson would still be recognized in the recording sessions with Parsons and Geffen in both June 2015 and 2016. The album details were officially communicated in August 2016 which revealed the title of the album as; Blackfield V. This saw a collaborative approach occur between Geffen and Wilson. The Blackfield V was scheduled for release on 18th November 2016. However, this date was later postponed to 10 February 2017. December 8, 2016 saw a number of songs released including “How Was Your Ride?,” “Sorrys,” and “Family Man.”